Community and connection are central to human happiness and well-being.

That’s why we need Oasis: to provide a place for the non-religious to connect, be inspired and feel empowered.

Oasis Sunday gatherings feature speakers presenting on topics ranging from space exploration all the way to planning a vacation. There’s also great live music and time to socialize and have coffee with friends. For those with children, a childcare program is provided by a background-checked team. And best of all, the dress code is casual (unless you like to dress up, in which case, go for it!).

In addition to weekly gatherings, Wichita Oasis has other events throughout the month, like social activities, humanitarian service projects and community outreach events. We even host vacations with communities across the Oasis Network. Come join in!

Our Board of Directors 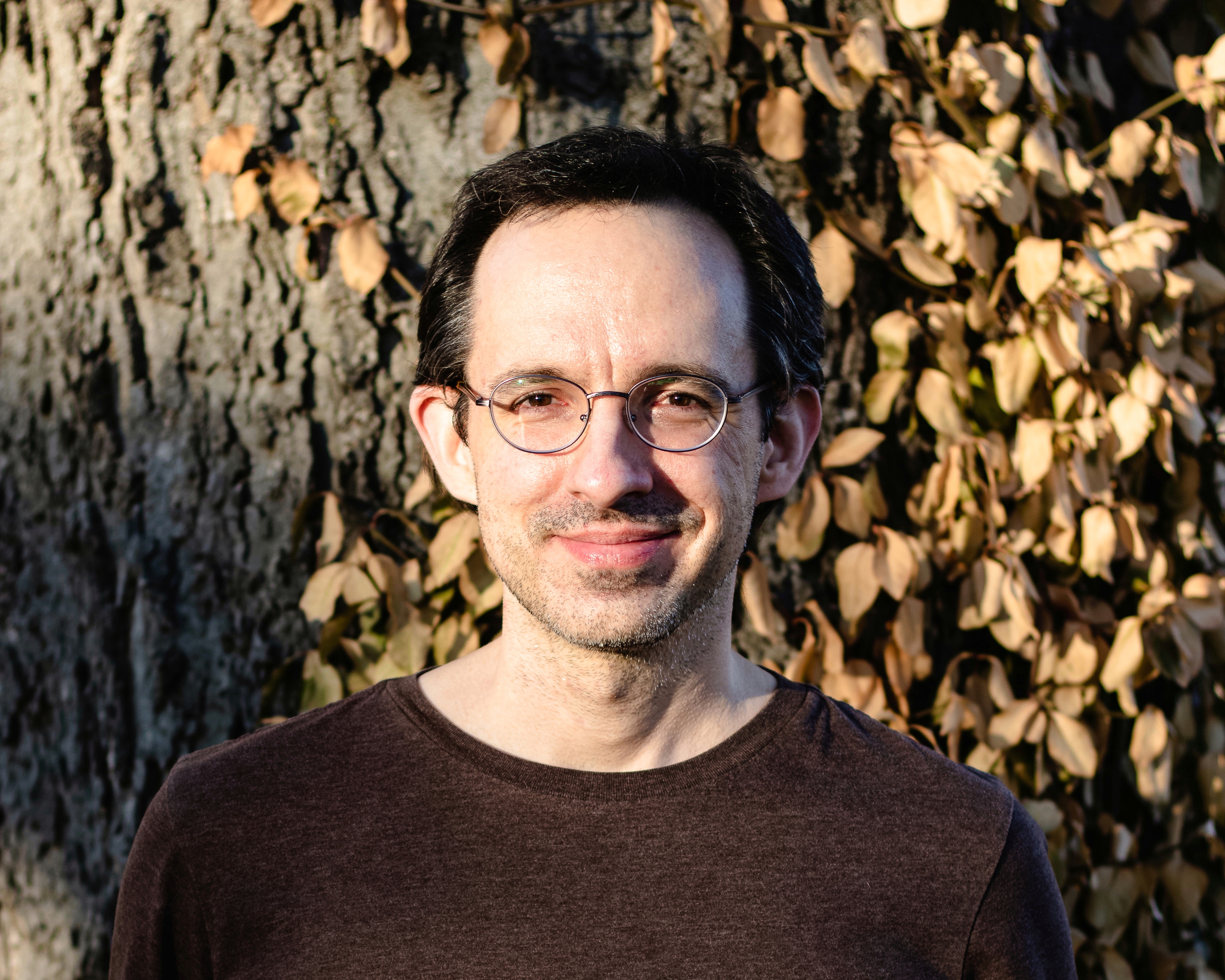 Adam moved to Wichita in 2012. Having worked remotely as a software developer for six years by then, he was eager to find new friends that could give him reasons to leave his apartment/office outside of work hours. A handful of years later, some of those friends went on to found Wichita Oasis — a community Adam’s been happy to get involved with from the start. Adam was exposed to a handful of religions growing up and dabbled with Wicca in college. These days, he identifies as agnostic. Adam enjoys video games, hiking, camping, good conversation, reading, and spending time with his wife Liz and their cat. 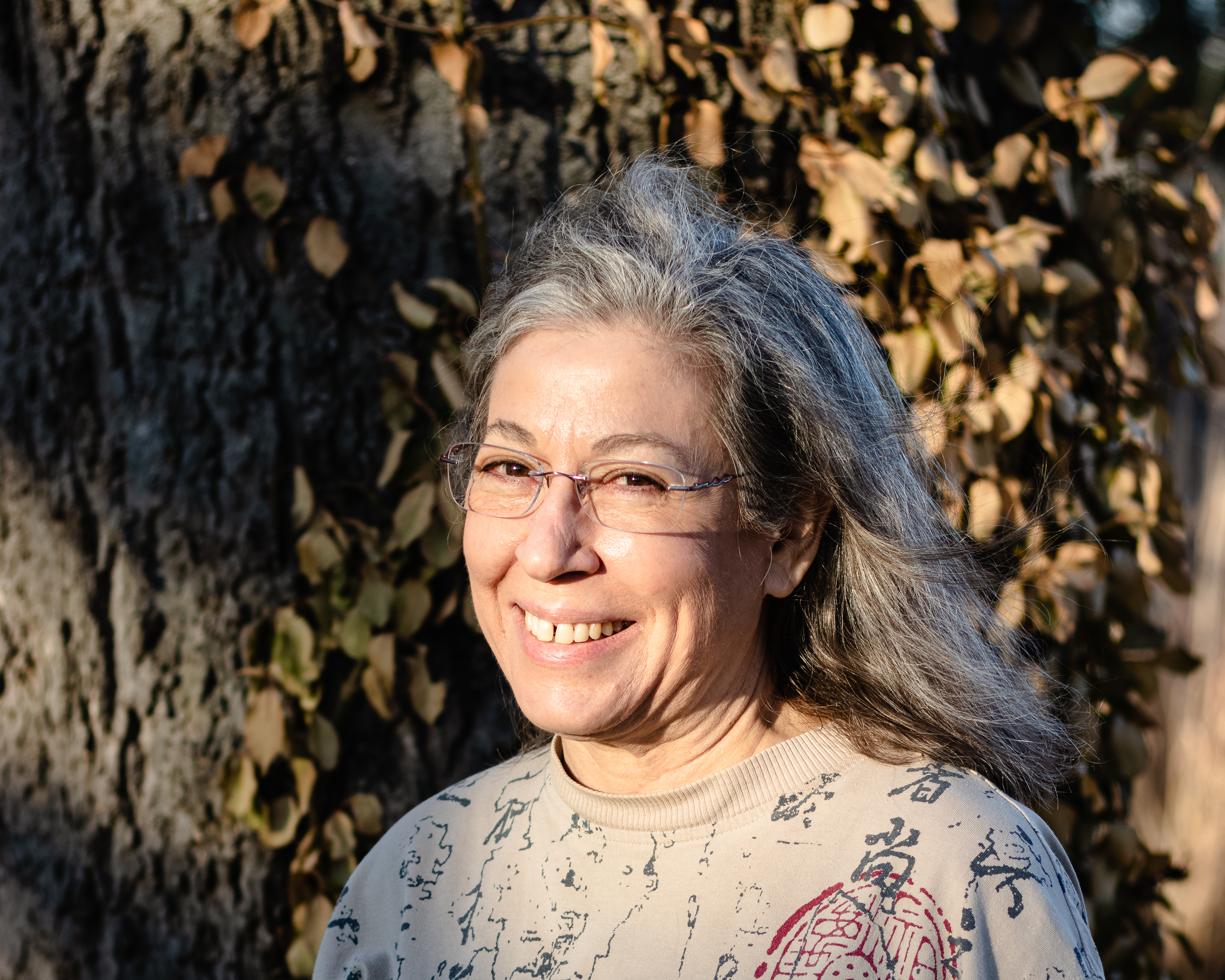 Kay is a native Wichitan, having grown up along the Little Arkansas River in north Wichita. This led her to a career in biology and environmentalism. Now that she’s retired, Kay continues to be active with environmental and outdoor groups such as the Arkansas River Coalition, the Ark River Annual Cleanup, the Sedgwick County Master Gardeners and the Sedgwick County Solid Waste committee. Finding Oasis was a happy event for her and she hopes to help the chapter continue to grow. She also likes to travel, practice Tai Chi Chuan, read and draw. Kay is married to David and they are tolerated by two cats that live with them. 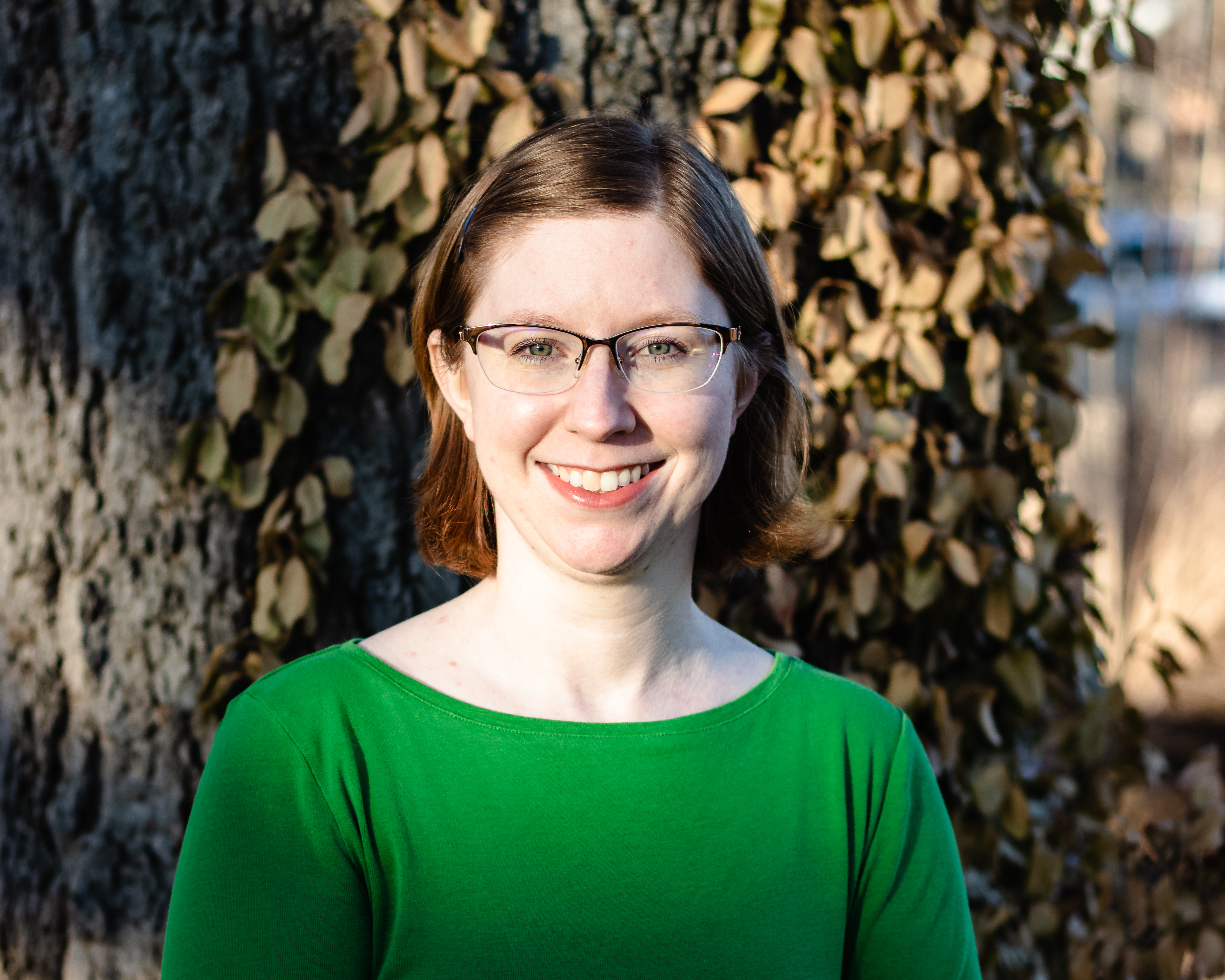 Liz grew up on the Space Coast of Florida, attended a women’s college in North Carolina, then moved to Kansas to attend Wichita State University for graduate school in 2010. Since then, she adopted a kitty named Mila, met her husband Adam, and has volunteered and worked in women’s advocacy. Liz enjoys podcasts, reading, writing, bullet journaling, knitting and other crafty endeavours. 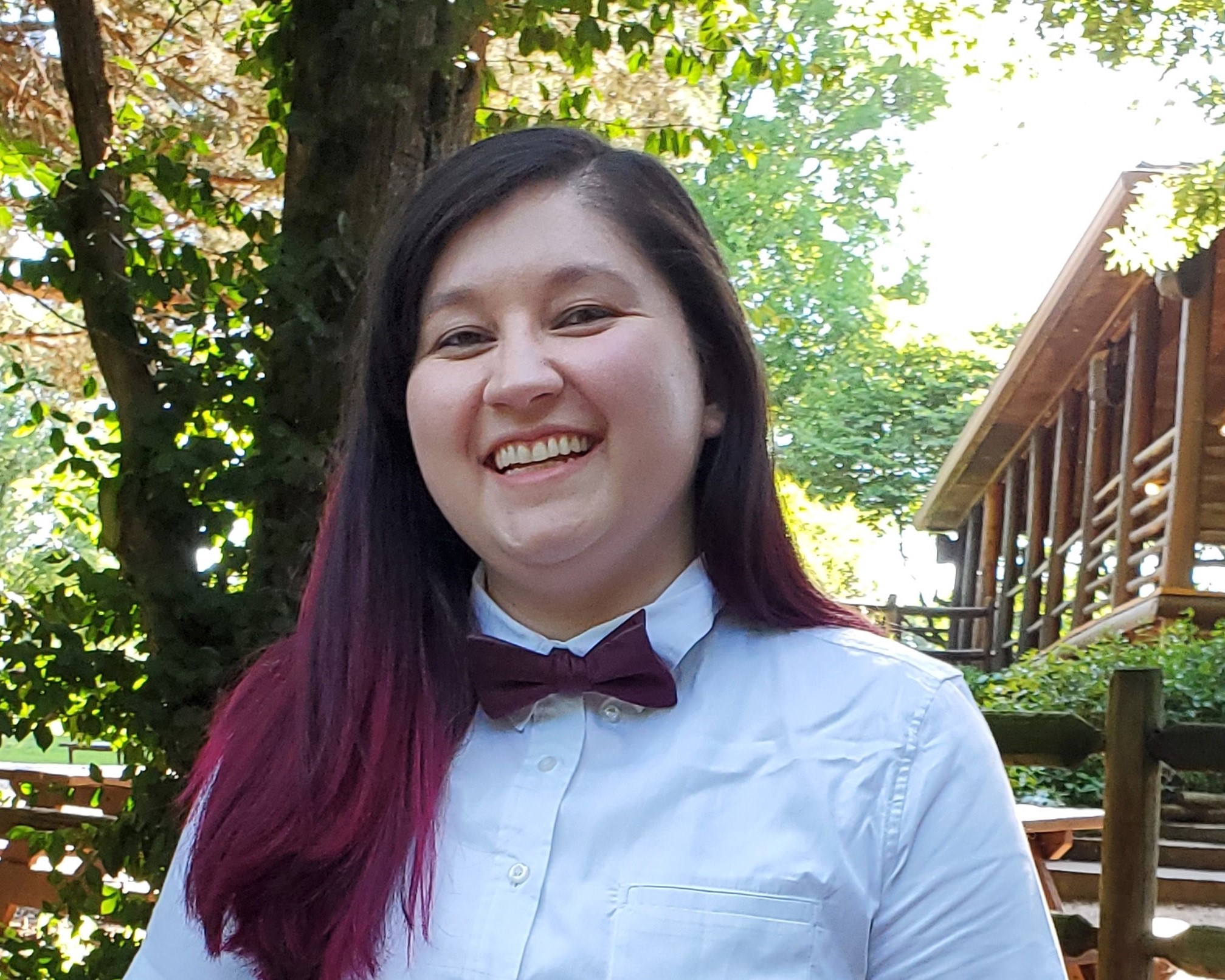 Christina (she/her) is originally from Oxnard, California and moved to Wichita in August of 2018. Christina began attending Wichita Oasis in February of 2019 and it has become a huge part of her life here in Wichita. Christina has one dog (Henry) and too many cats (Mallie, Boba, Gizmo, & Spuds). Christina invites anyone to come talk to her about local politics, hard apple cider, coffee, houseplants, or anything you want - she always likes connecting with new people. 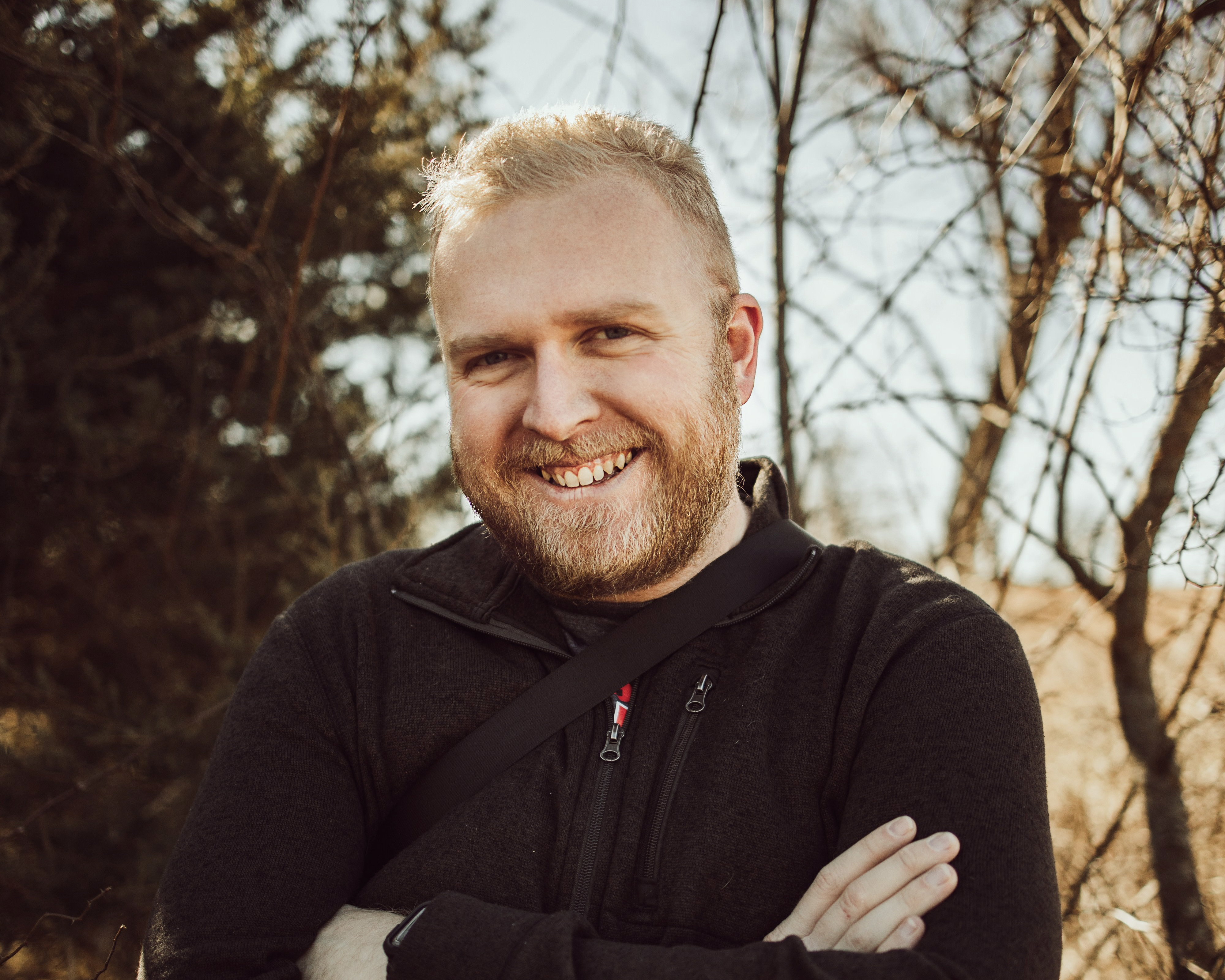 My name is Seth and I like to party. I spend a lot of time in Facebook Jail, which is really unhelpful when I’m supposed to be helping Laura maintain Wichita Oasis’s Facebook presence. I also don’t like doing homework like writing a simple bio for myself to go on our shiny new website. Don’t worry -- Liz has my back. And if I don’t write something soon, this text may actually get posted on the website. If it does, be sure to send me an email and remind me that I owe Liz lunch. Liz gets lunch for every email I receive. I don’t make the rules -- Liz does, because Liz did my homework for me. 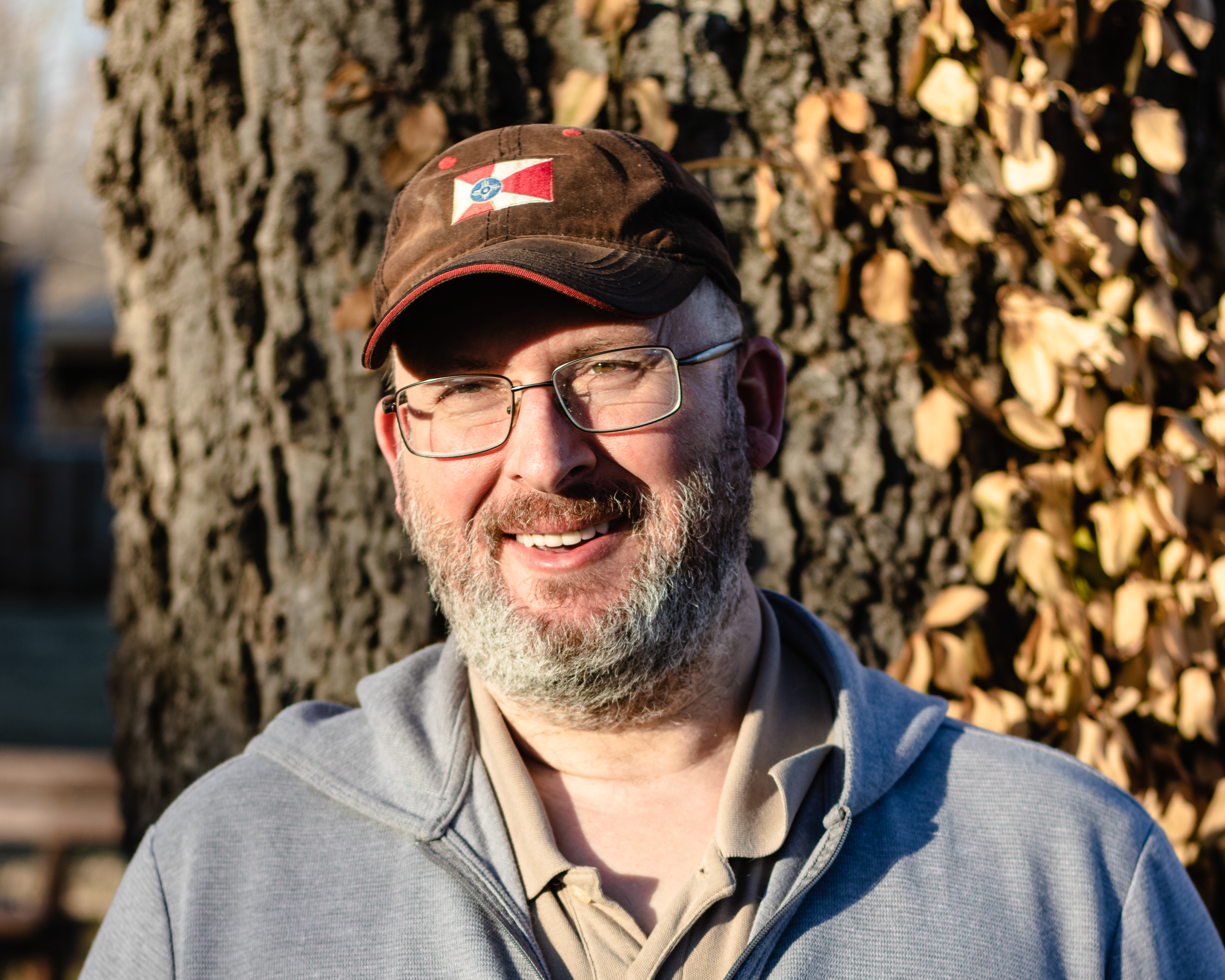 Doug was born in the small town of Delia, Kansas, a bedroom community that orbited Topeka, where he was raised Catholic. To some degree, he was always skeptical of the Bible, but his first crisis of crises happened in high school when he confronted the fact that the morality of the Bible did not agree with many of the moral lessons he was taking from comic book super heroes. He left the church entirely when it became evident that its idea of “social cohesion” and community became too hollow to ignore. Being in the church did not mean one wasn’t still isolated from the world. On leaving religion behind, Doug has this to say:

"Leaving the church was easy, because there was literally nothing in the church to have, save losing a few hours each Sunday bowing and scraping to a fictional deity. To be filled in a crowded room, and yet say nothing to no one. It wasn’t until I found Oasis, did I find that there is the ability to build community – actual community. A community that involves friends doing more than just talking about last night’s game. And for someone who was never able to build a family of his own, this community is a life line to humanity itself. So, I am pleased to contribute back to the community, and to do what I can to make that community stronger. So that none of us have to be alone in a world filled with people we can’t talk too." 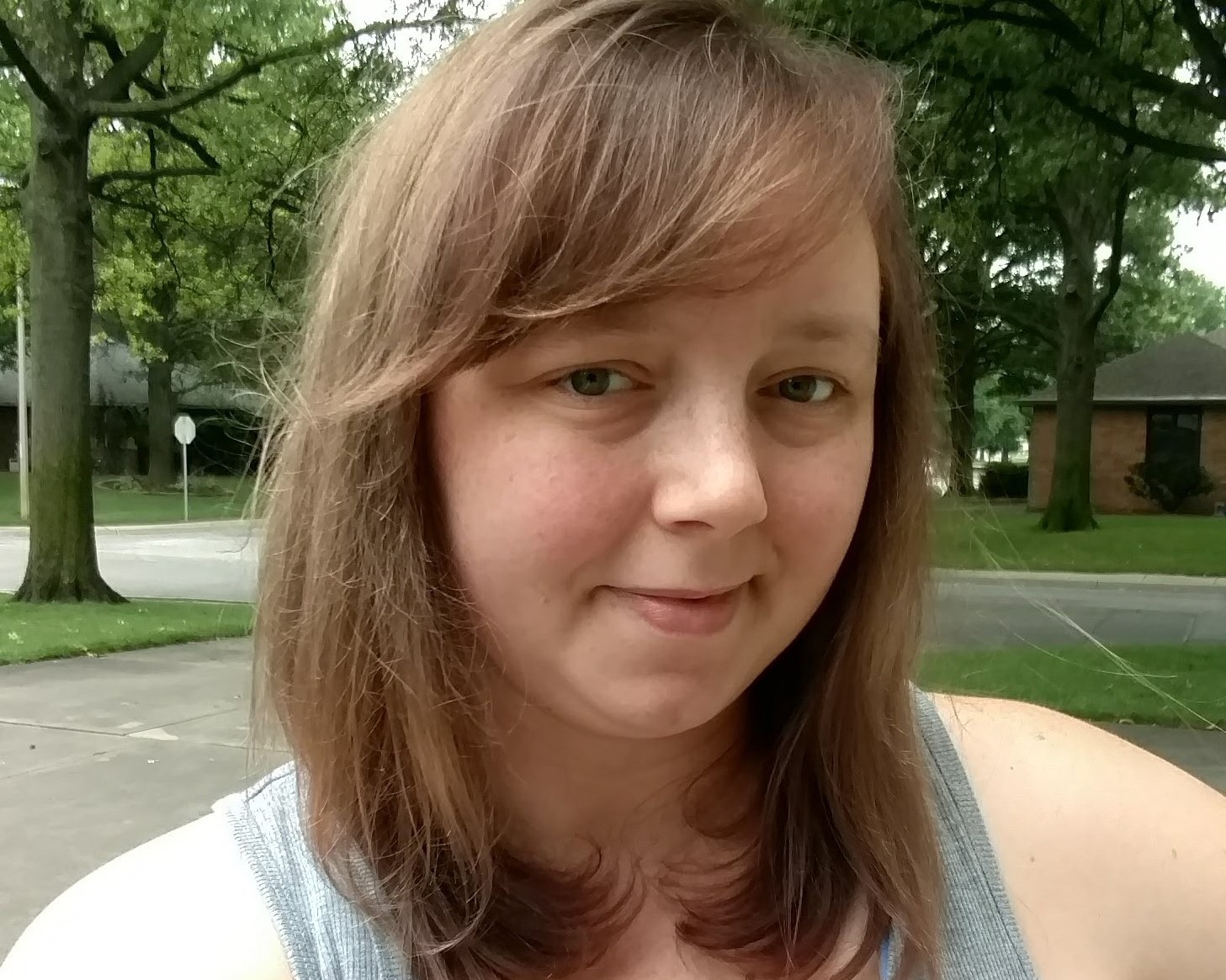 Laura currently lives in east Wichita with her husband, 3 children (ages 6, 4 and 1), dog and cat. Laura attended her first Wichita Atheist Meetup in 2013 and has attended various Atheist and Oasis meetups sporadically since then before becoming a regular, weekly gathering attendee in 2019. Laura loves all things purple, growing bearded iris and various fiber arts. During her tenure on the board, Laura hopes to help Oasis grow to its full potential and would love to see Oasis become a meaningful resource for the community.